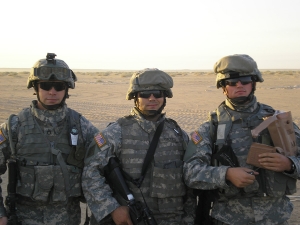 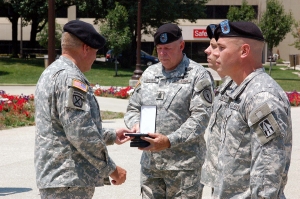 Helping Hands for Freedom, a 501c3 organization, was founded in 2008 by co-founders Patrick Shannon, who has received the Purple Heart twice and a Bronze Star for his wounds and heroism in Iraq, and Rodney Smith, a former college and NFL standout who has experience with non-profits.

While at Walter Reed Medical Hospital recovering from wounds sustained during combat, Staff Sgt. Shannon heard stories from various soldiers who expressed concern about their family and the realities of keeping their house and the struggle of recovering while family members were at home. These stories struck a chord with Shannon, who left a position with the Wounded Warrior Project to co-found Helping Hands for Freedom.

The mission of Helping Hands for Freedom is one of supporting military families dealing with death, deployment and loss. The organization assists Gold Star families, which are those surviving family members of a fallen soldier, along with veterans who suffer from PTSD. In addition, Helping Hands for Freedom offers various programs to the children of military personnel, as well as helping with emergency assistance to military families.

In 2015, Helping Hands for Freedom received the Lincoln Award at the Southwest Veterans Chamber of Commerce’s Patriot’s Ball in Tempe, Arizona. The Lincoln Award is presented to a veterans’ advocacy organization that makes outstanding contributions and support military families.

In April of 2016, Helping Hands for Freedom began one of its missions, the Route for the Brave, a 3,091 mile walk across America's U.S. 40, to raise funds for Gold Star and military families. Helping Hands for Freedom's past Board Chairman, David Roth and Indiana school teacher, Kevin Winton walked every mile with proud Americans supporting them throughout their journey.

CEO Eric Snelz was given the Mark Ashby Memorial Award at the Patriots Ball in Phoenix, AZ on October 16, 2021. The Mark Ashby Memorial Service Award is presented annually to a non-veteran member of the community who has provided extraordinary support to veterans and their families. The award...