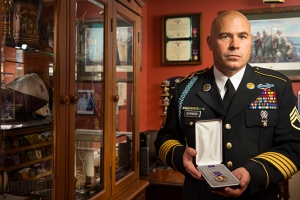 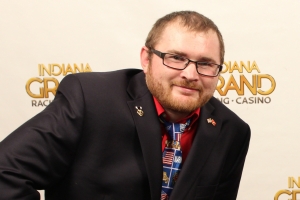 US Marine Corporal Matthew Bowman received the Glenn Bill Wounded Warrior of the Year award at the 2016 Helping Hands for Freedom Heroes Gala.  This award is given to someone who exemplifies bravery, puts their life on the line, and is willing to sign a piece of paper that says, ‘I am willing to put my life on the line’.

"To be called a hero, I don't think I am. I'm just a guy who did my job, did my job to the best of my ability and didn't do anything different that anyone else would do," said Bain, who received the 2015 Helping Hands For Freedom Wounded Warrior of the Year honor. 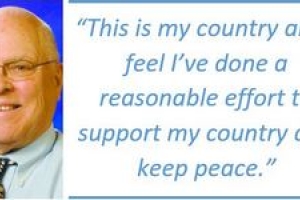 With a father, father-in-law and grandfather who were all dentists, Shelbyville resident Dick Fero was destined to become a dentist, correct? No. Instead, a fascination with aircraft and flying turned into a stint in the military.

Our Route for the Brave team met Sgt. 1st Class Forrest “Frosty” Robertson's family in Kansas as they walked across America.  Robertson was killed in action when enemy forces attacked his unit with small arms fire Nov. 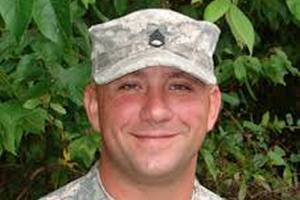 Fallen Gold Star Hero, Staff Sgt. Jonathan M. Metzger was on patrol in Afghanistan with the 81st troop command when their vehicle was attacked by an IED.  He and three others serving in the National Guard with him dies that night.  Over the course of his career, Staff Sgt. Metzger received many awards and decorations, including: